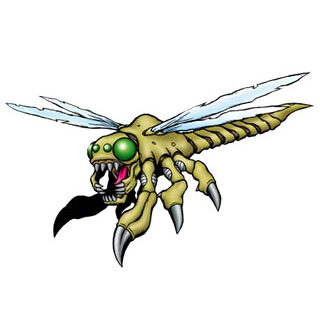 Specifically, I’m mentioned the area where I encountered Yanmamon many times before when I’ve spoken about other nostalgic Digimon World Digimon, so Yanmamon is no different.

Something that I really love is that both Pokemon and Digimon have a ‘yanma’ themed monster, but they both went in extremely different directions with the design; Yanma is so cute and friendly looking (besides the two spikes on its tail) with bright and fun colours, while Yanmamon is absolutely horrifying and arguably ugly in comparison with dark and dirty colours.

Being a huge fan of both Pokemon and Digimon as a child caused both of these monsters to remain fresh in my mind.

So who is the most nostalgic Digimon that starts with the letter ‘Y’ in your opinion? Let us know in the comments!