October 2, 2018
Friendship ended with Diaboramon – AtlurKabuterimon is my real friend.
“Diaboramon is my favourite Digivolving Spirits Figure!” I cried, “and no other figure in this series will be able to top it!” I exclaimed, clutching and stroking my Diaboramon tenderly, “this figure is perfect! No figure will be able to surpass it!”
Well 6 months later and I’ve been proven aggressively wrong. 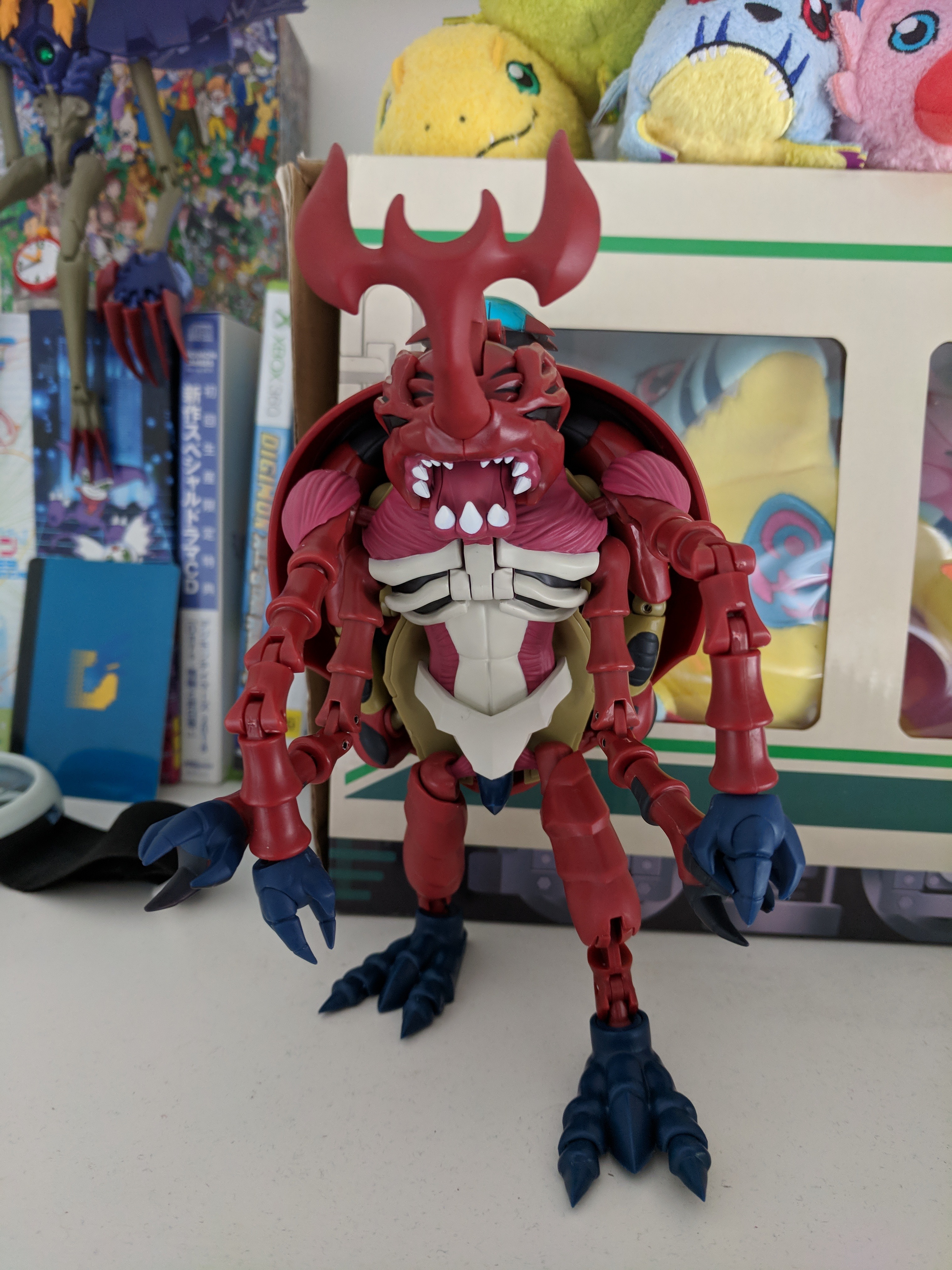 AtlurKabuterimon was released last month and from the moment I relieved him of his plastic tomb I was inlove: a perfectly shiny and insect looking piece of plastic, perfectly coloured, looking exactly how AtlurKabuterimon should look. So I looked harder, and, at first glance, I couldn’t even work out how a Tentomon could ever come out of this figure; with previous figures, specifically Alphamon, they look fine from one angle but otherwise you can definitely see where the other Digimon is coming from, however, with AtlurKabuterimon it took me a few glances to even see that Tentomon was behind him, hidden in the shell. 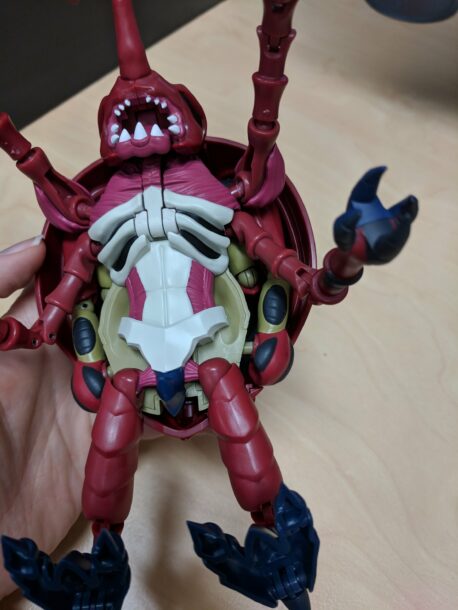 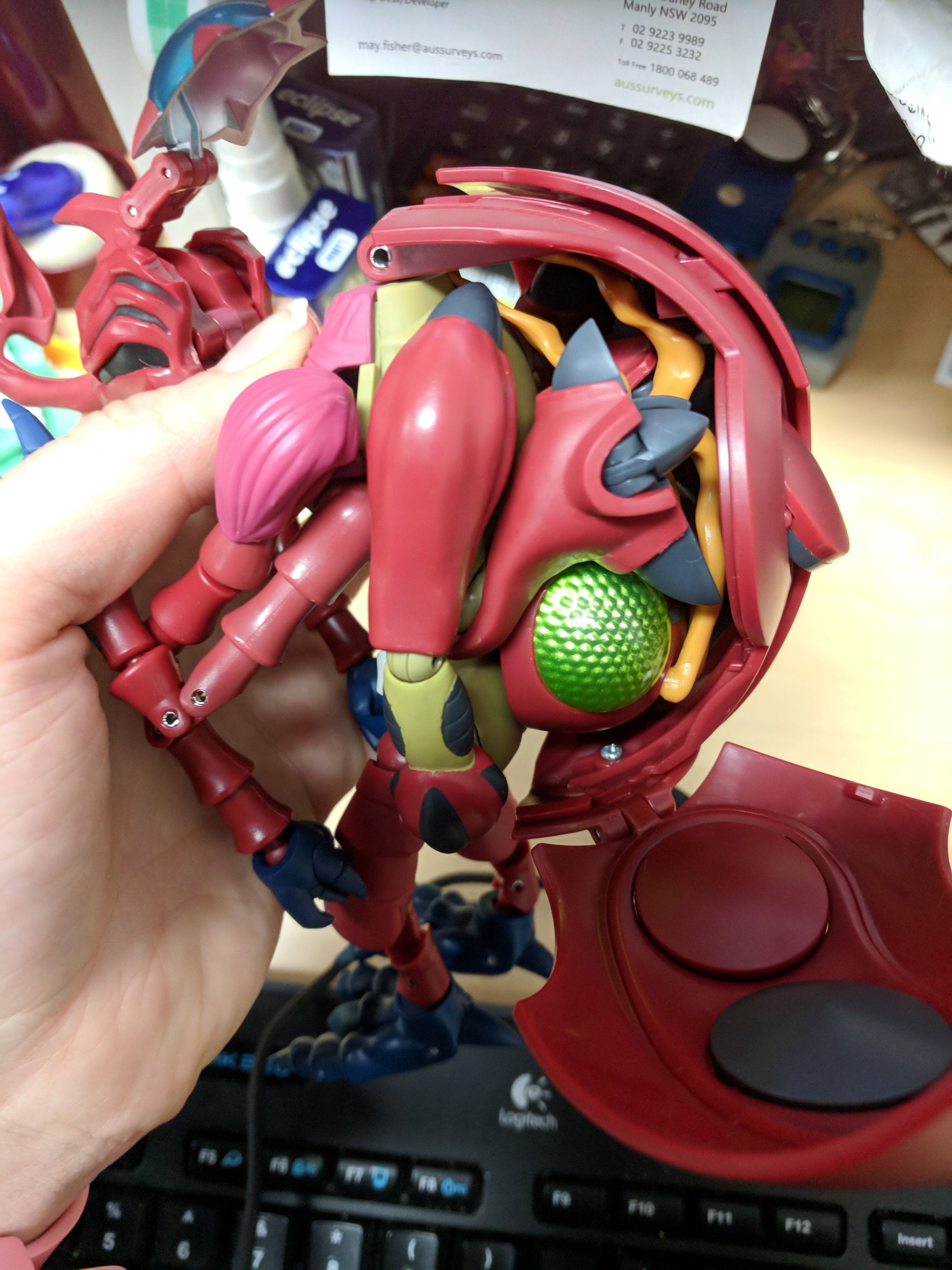 Then I turned to look at Diaboramon, sitting happily(?) with his clock on my shelf and I turned my head and I could see Keramon behind me. I turned back to AtlurKabutermon, Tentomon neatly tucked, almost hidden, behind his wings/shell.
Sure, the wings don’t open because the wings are also Tentomon’s shell and wings – all the user must do is flip some movable circles around to make Tentomon’s spots and then flip the body’s around and you have a perfect looking Tentomon, which I have yet to attempt to evolve since I’m actually really bad at transforming figures. 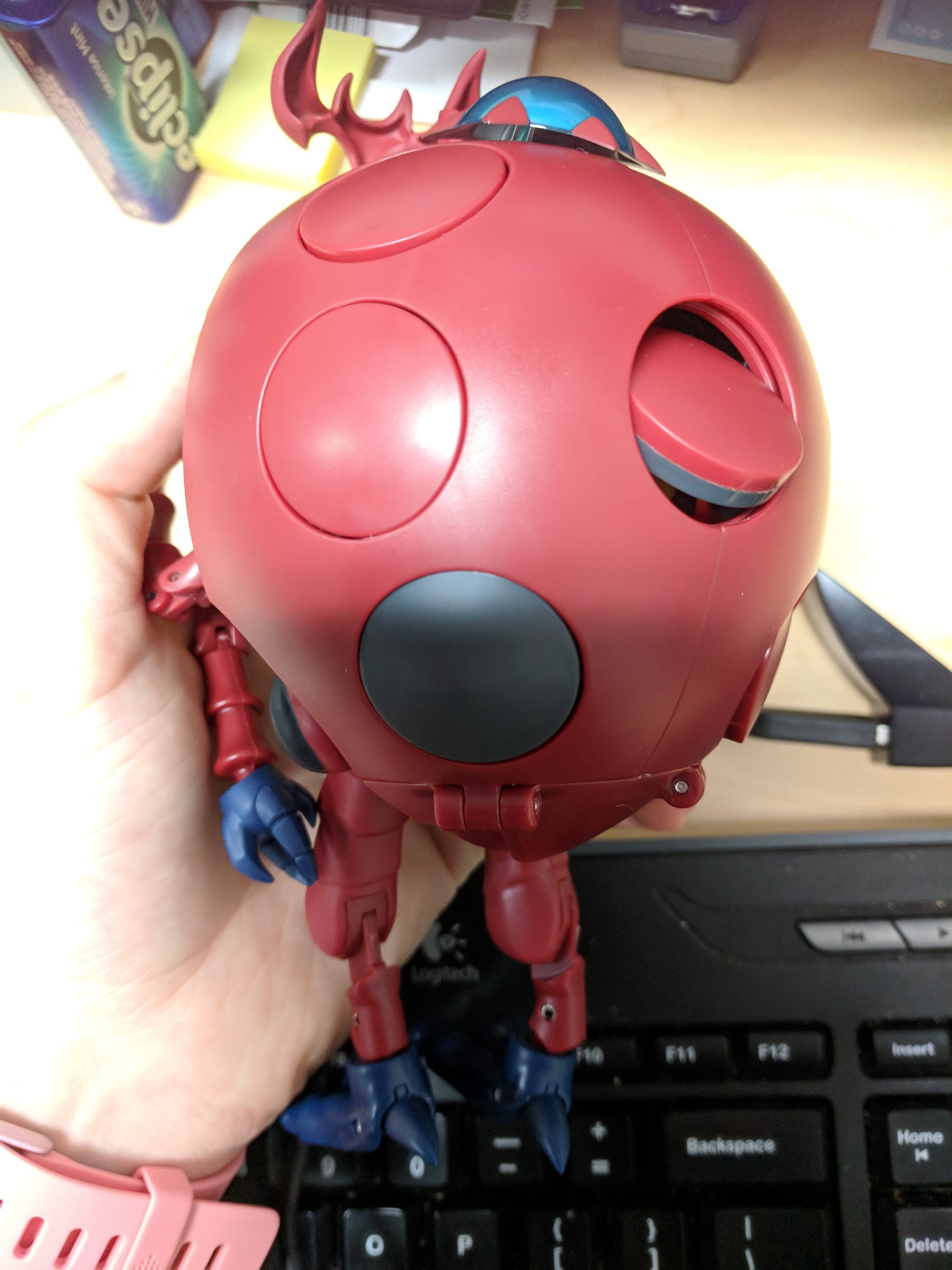 In addition to AtlurKabuterimon’s design being nice to look at, its also pretty fun to pose, his arms and legs can be moved into a wide range of positions. 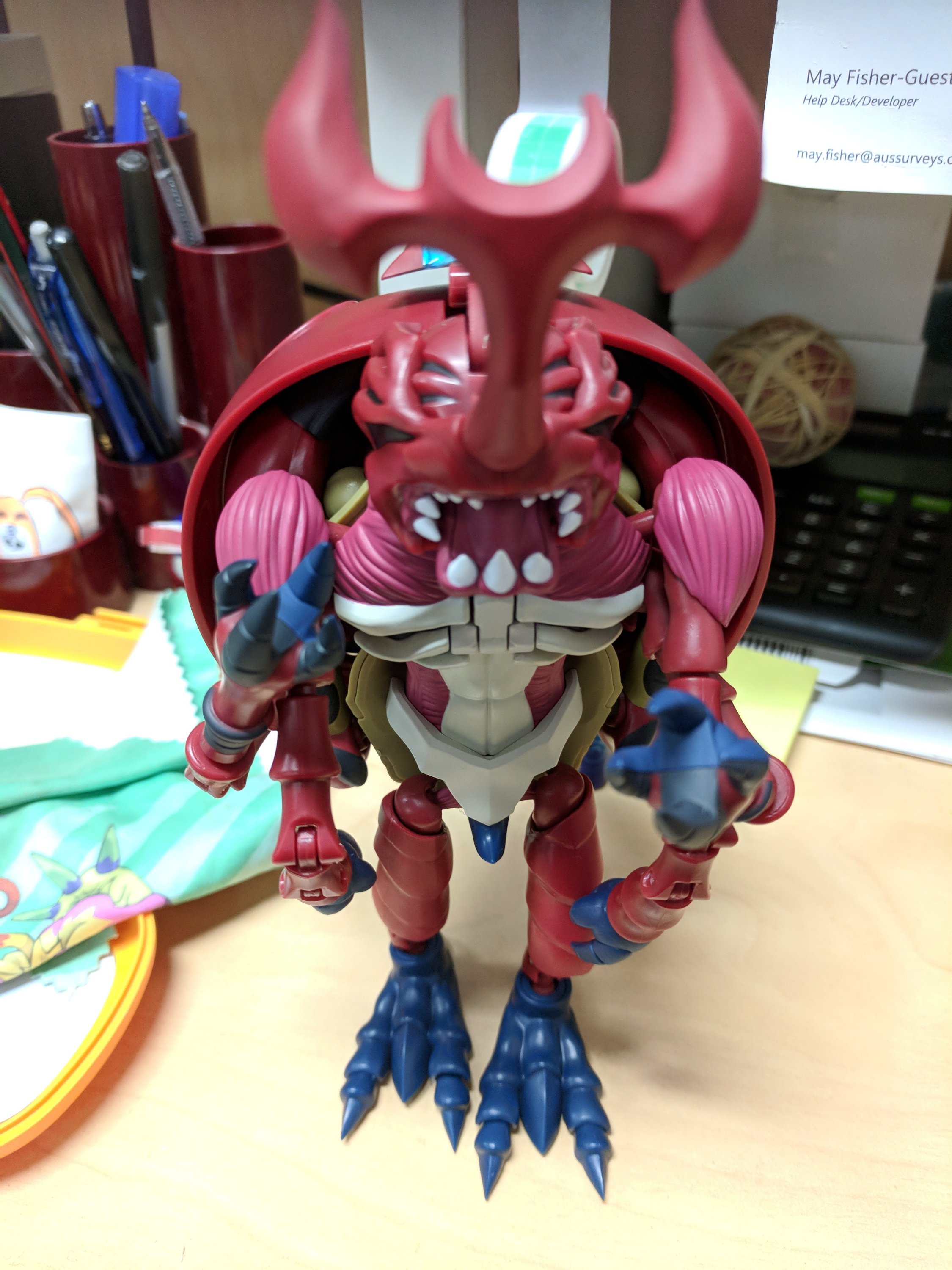 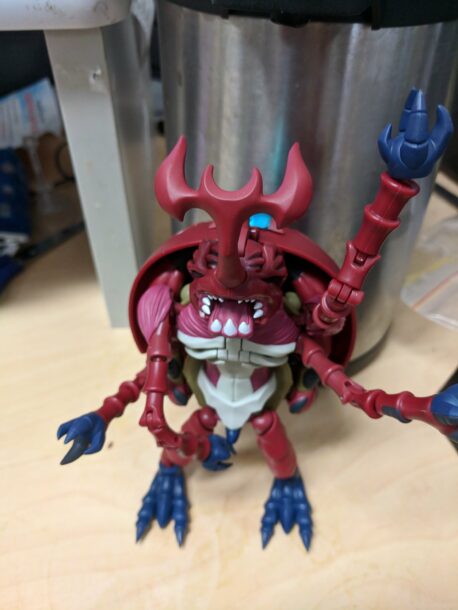 Because of the fact that Tentomon is pretty well hidden, AtlurKabuterimon is not limited by the other sides visibility, so can be really put in a bunch of different poses without anything needing to be ‘hidden’. You can even view AtlurKabuterimon from behind without having to deal with another Digimon’s face on his back like with the majority of other figures in the series. Some Digimon work better as Digivolving Spirits than others. It’s lucky for Tentomon that AtlurKabuterimon has a large shell for him to hide in and his evolution has the same colours and similar parts as he does. As for Alphamon, Dorumon and Alphamon have different colours as well as different shapes so, of course, Dorumon mainly just becomes a flattened down cape that wraps around him when transforming to Dorumon. 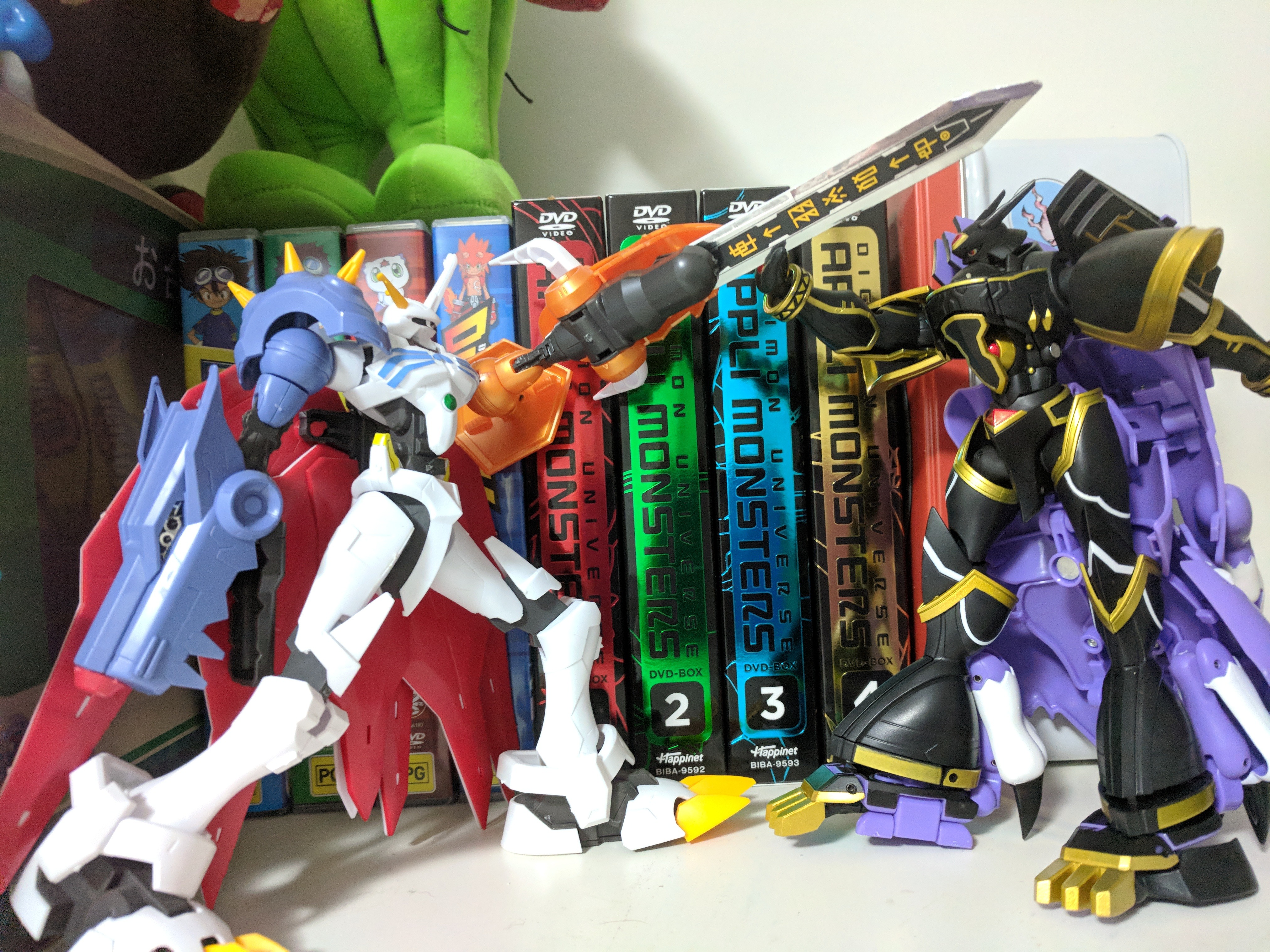 In any case, no matter how lucky this Digimon’s design is, AtlurKabuterimon looks incredible and I love this series of figures! 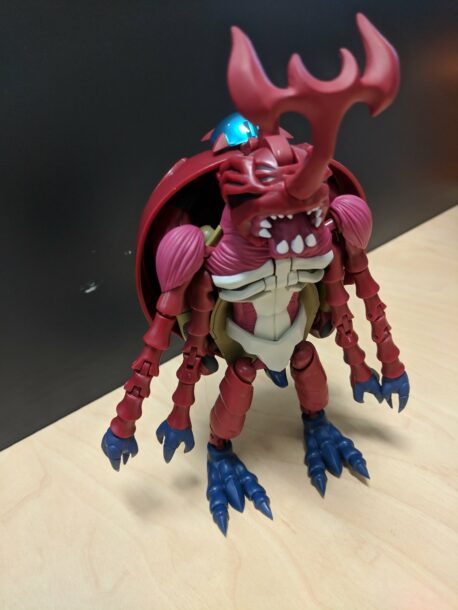 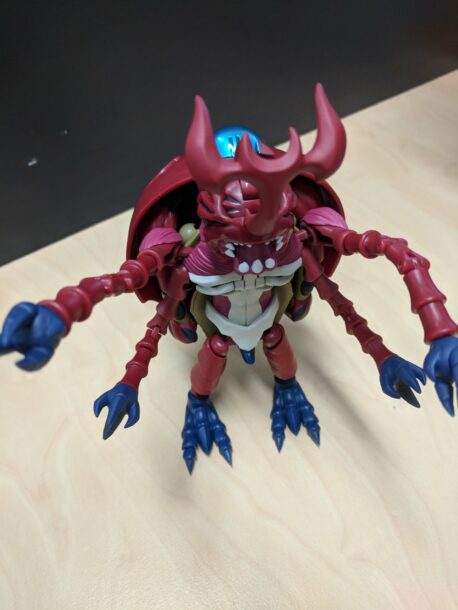 And, of course, the box, as with all the other figures in the series, is just so nicely designed! 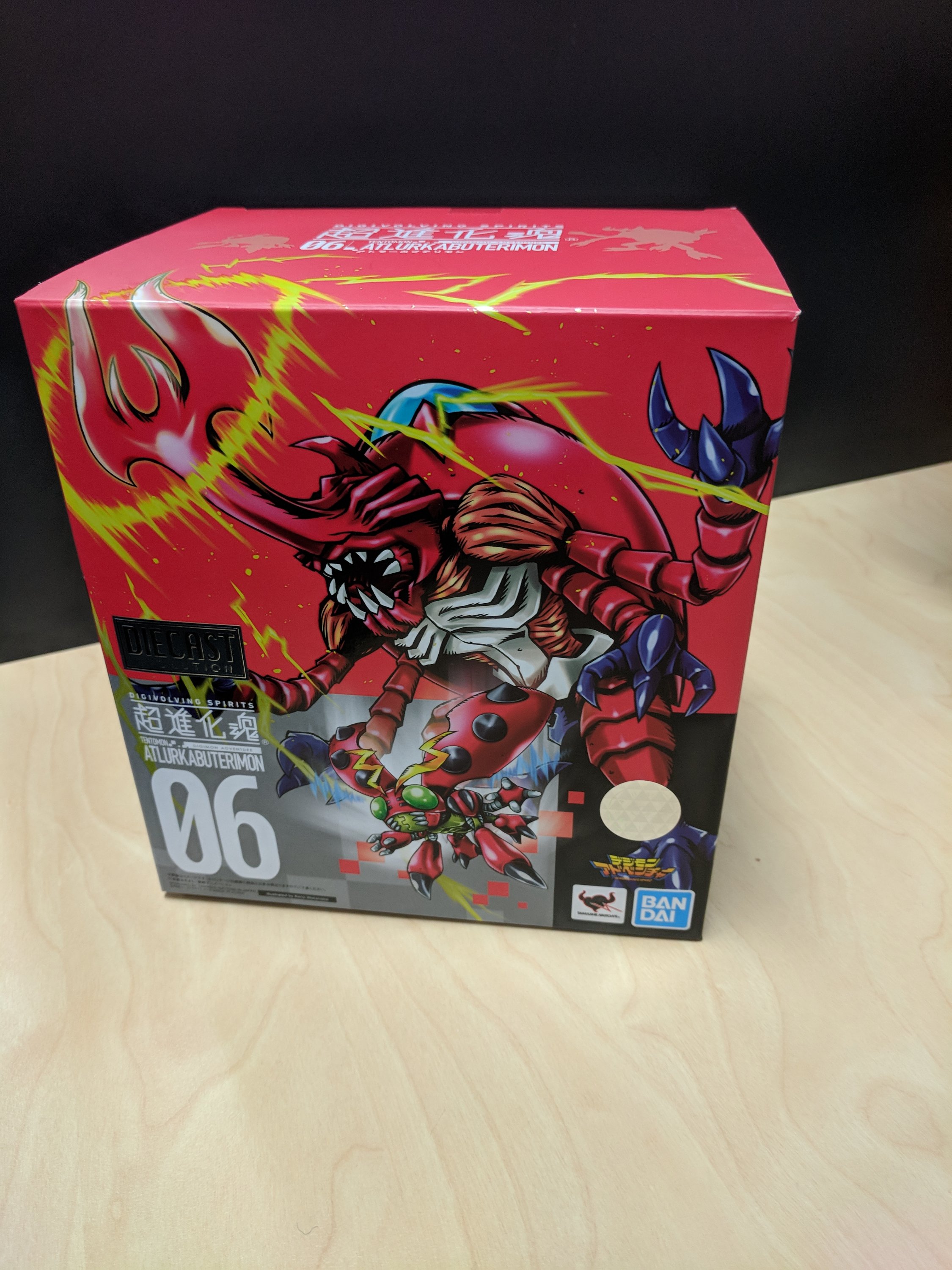 I’m really mad at myself here because past me gave Diaboramon an 11/10 for design.
Cost: $$
Design: 12/10
I’m so excited for more entries to this series! Here’s the set so far, including the COMPLETE MEMORY edition WarGreymon