October 20, 2017September 2, 2022
I’ve never reviewed a figure before, I mean, prior to starting up this blog I hadn’t written reviews on anything, because, what do I say ‘this is good I bought it and I am happy?’. Probably just that, but that would be boring to read, right?
Anyway so I’ve been meaning to pick up the Megahouse Hikari and Koromon set for a little while now, I don’t know why I hadn’t picked it up yet, it’s probably the cutest of all the Megahouse Digimon figures. Maybe it’s because there are so many fake Megahouse figures on eBay now and I’d be worried to pick up a fake.
However, now the floodgates are open and I buy things from Yahoo Japan and use my Japanese forwarding address.
R.I.P my wallet.

First of all, the box is pretty cute, it shows each figure pretty nicely and the design of the box is a nice shade of blue. Inside the box the figrues and the bases are separated. Each base matches up with a figure and says things like ‘EAT’ or ‘FIGHT’ so you know which one it matches up with. The images on each base brush lightly across my nostalgia buttons and are reminiscent of the Digimon vpets which were introduction to Digimon and the only ‘Digimon’ thing for me for a little while since the Anime wasn’t too popular here. 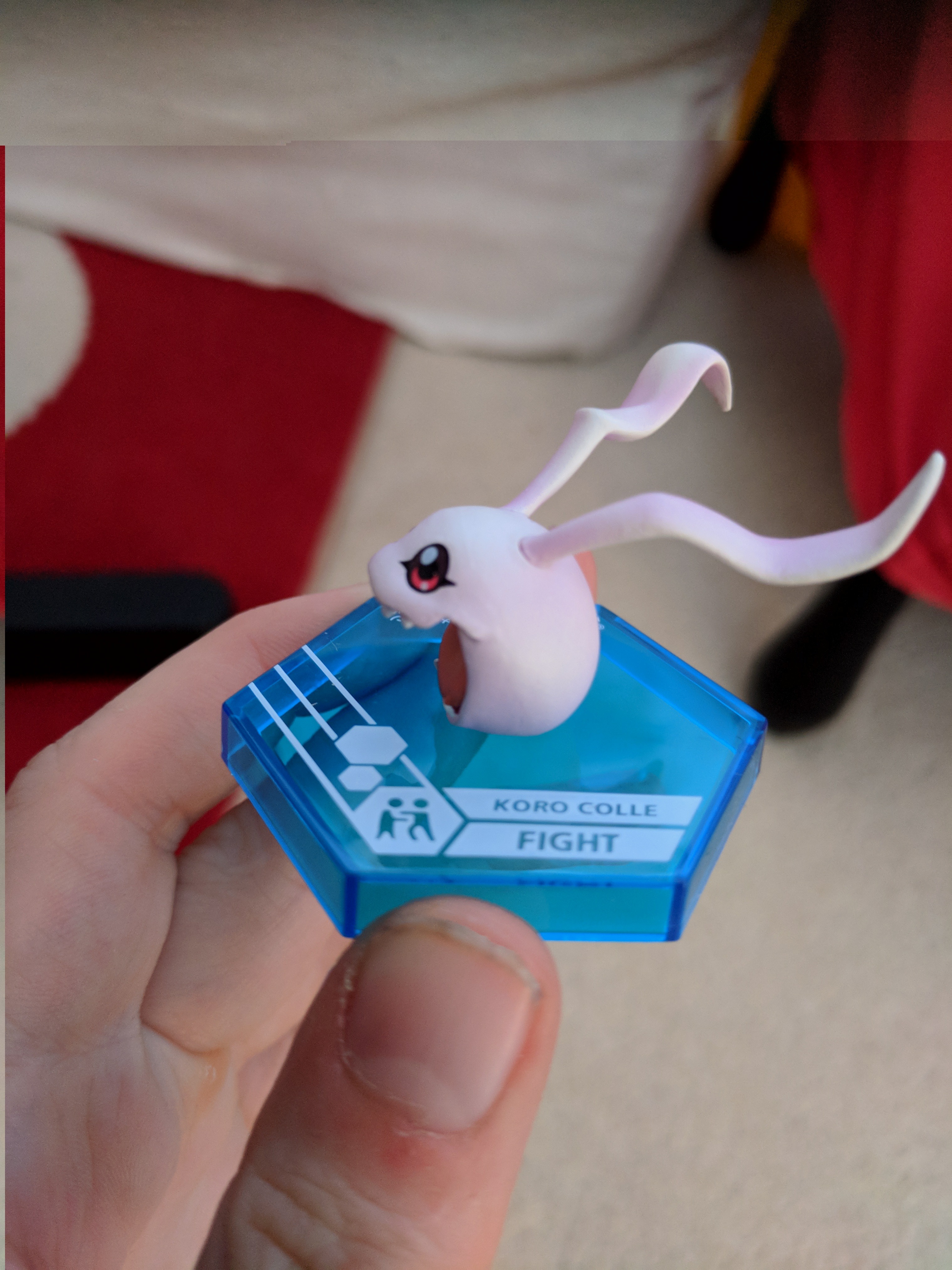 Each figure is pretty well painted and nicely modeled.
It seems that some of the figures reference the Digimon prequel such as young Hikari holding Koromon and Koromon in the attack position but others seem to reference events from Episode 21 of Digimon Adventure (‘Home Away from Home’/’Koromon, the Great Clash in Tokyo!’) such as Koromon on the toilet and Koromon eating watermelon. 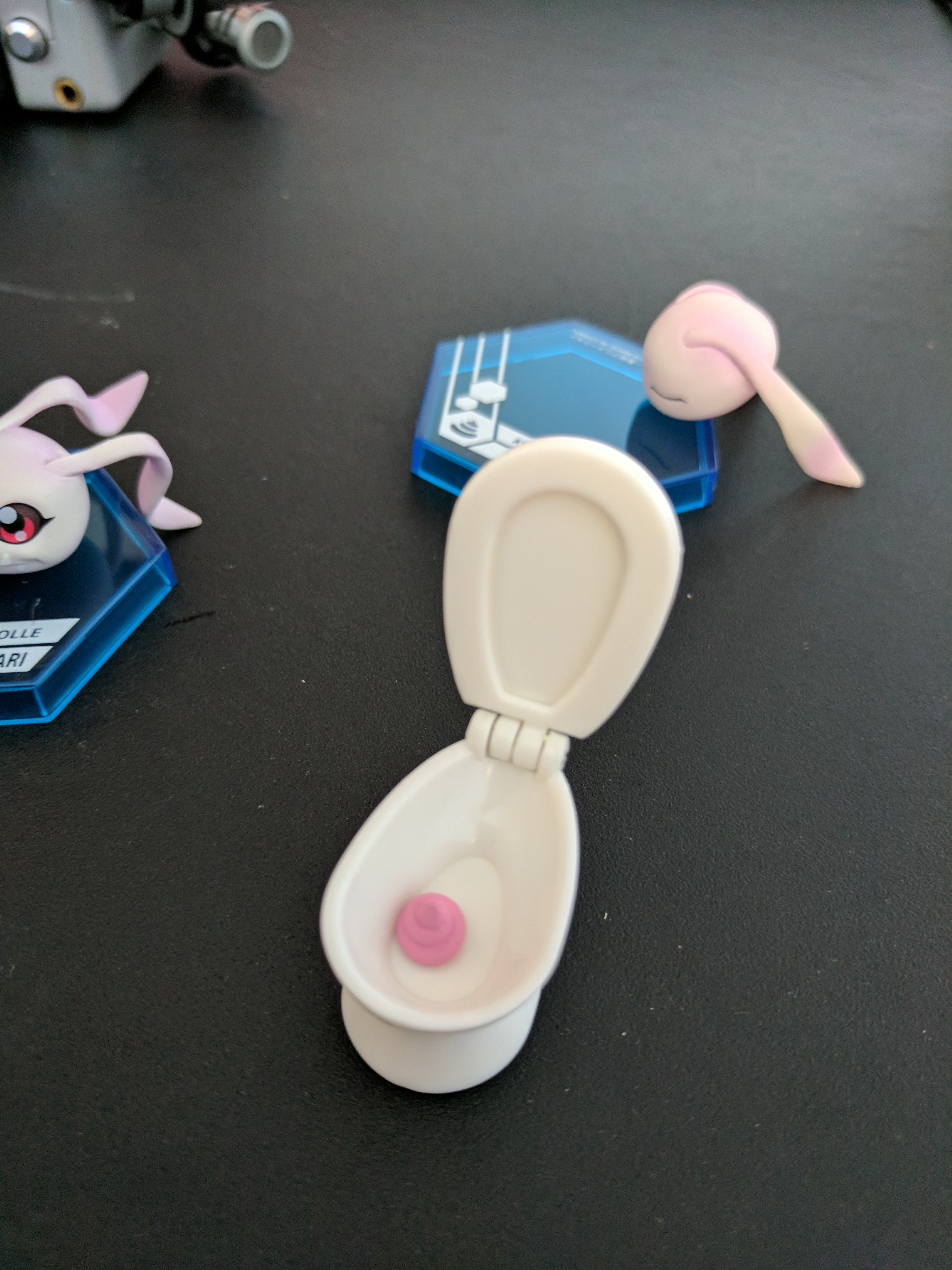 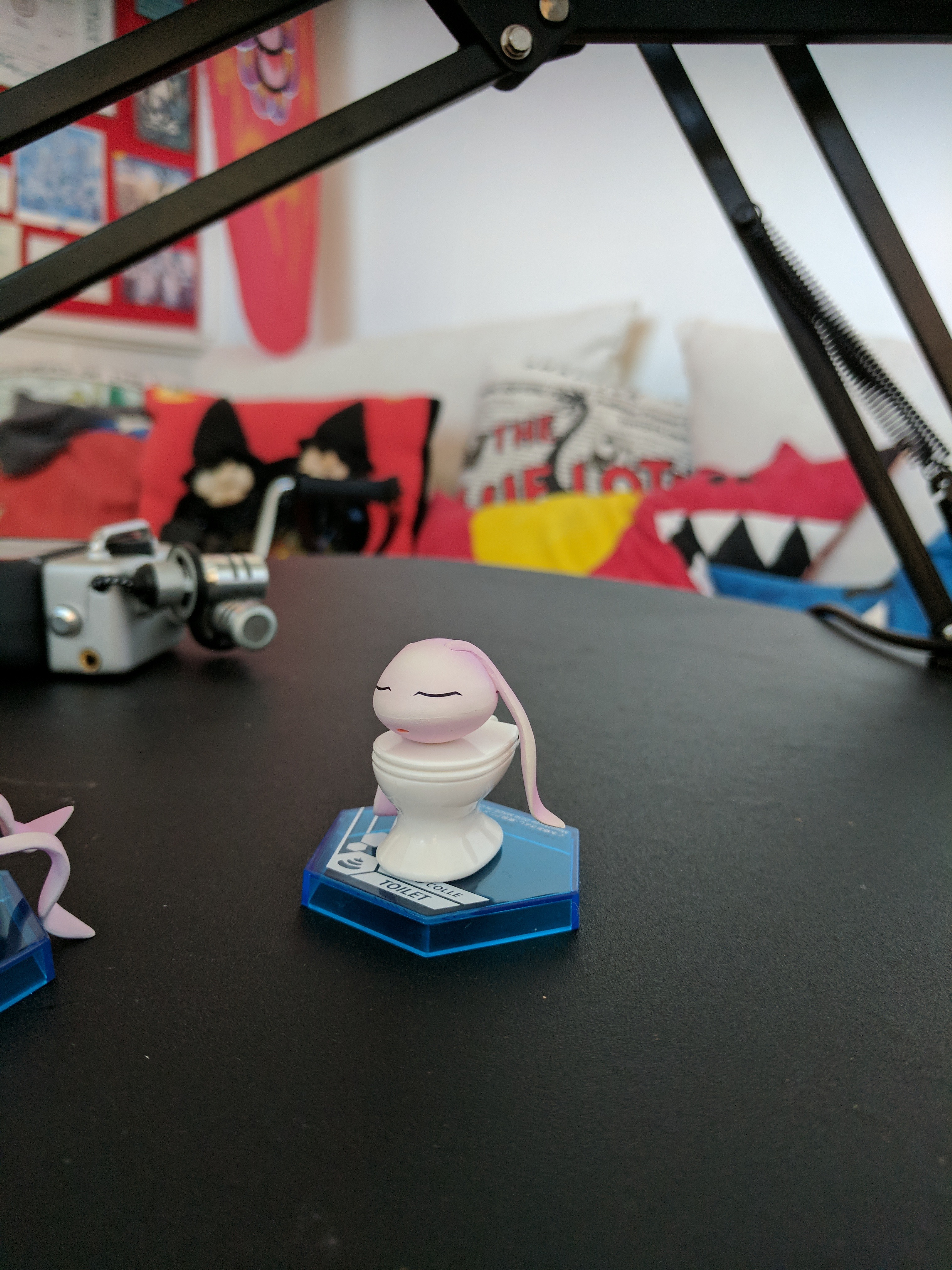 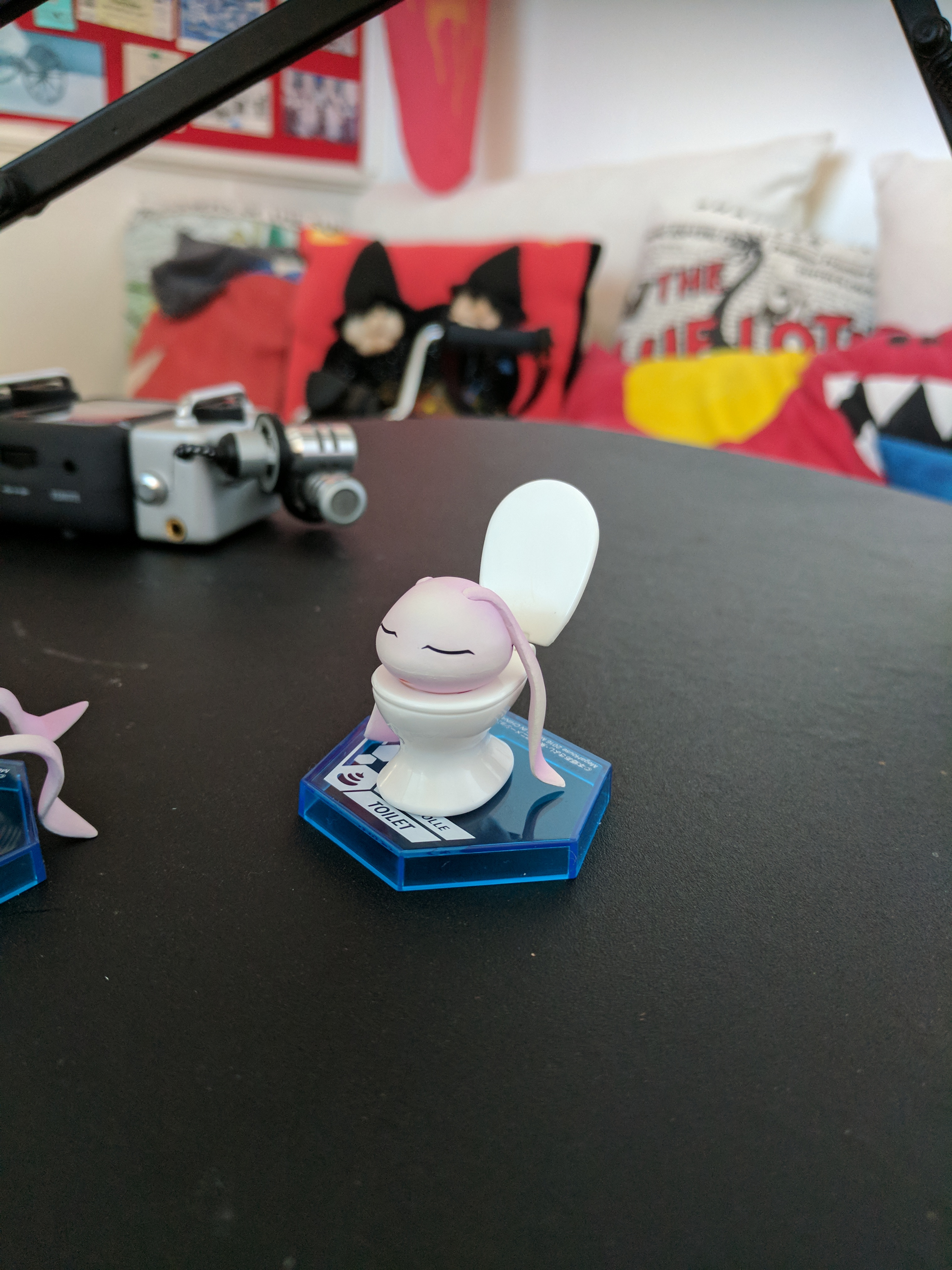 The toilet figure is pretty well done too, Koromon’s ears lie flat on the ground and you can choose if the toilet seat is closed, seat up, or seat down. There is also a small poo you can move around you can have it inside or outside the toilet. 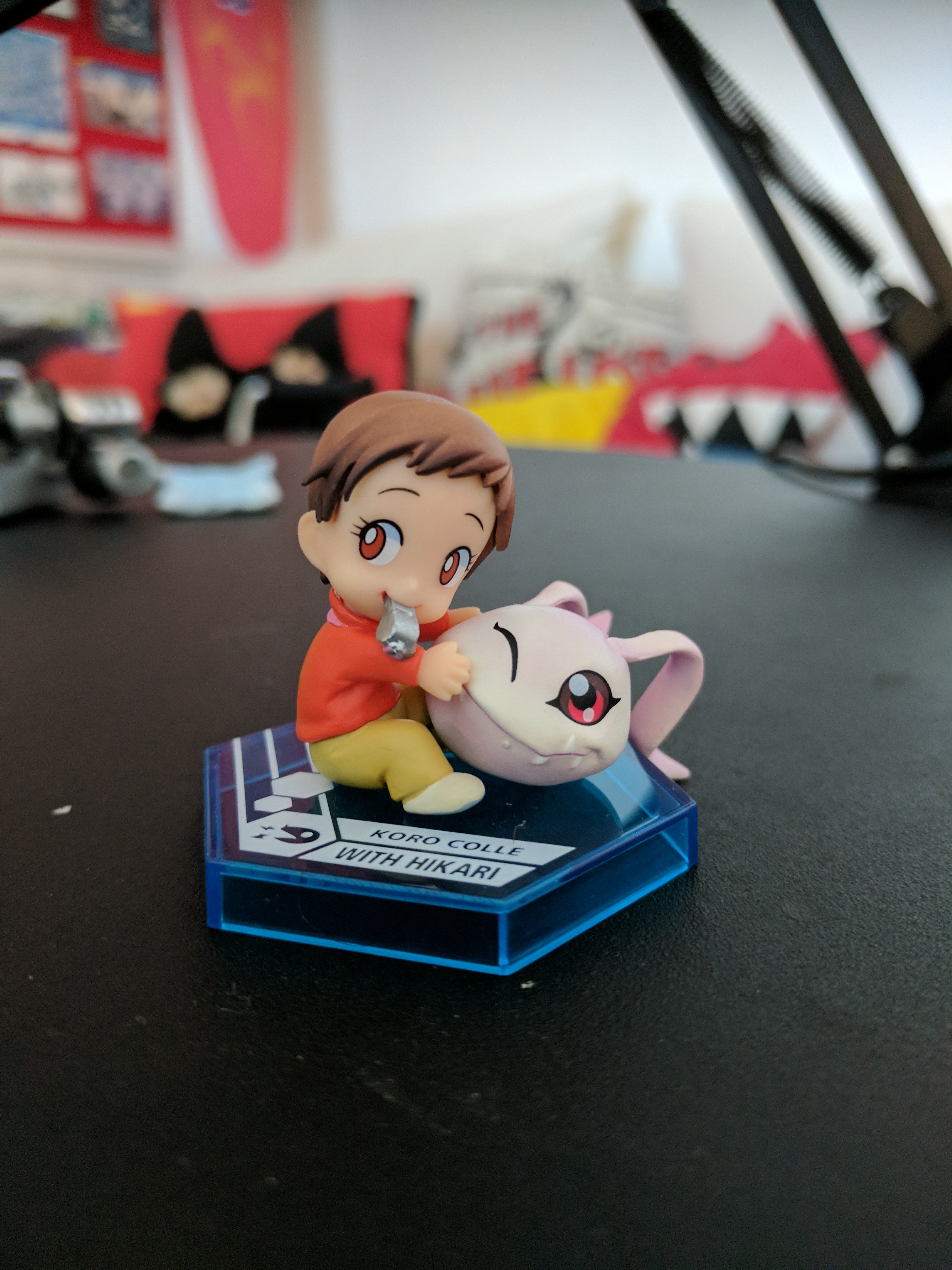 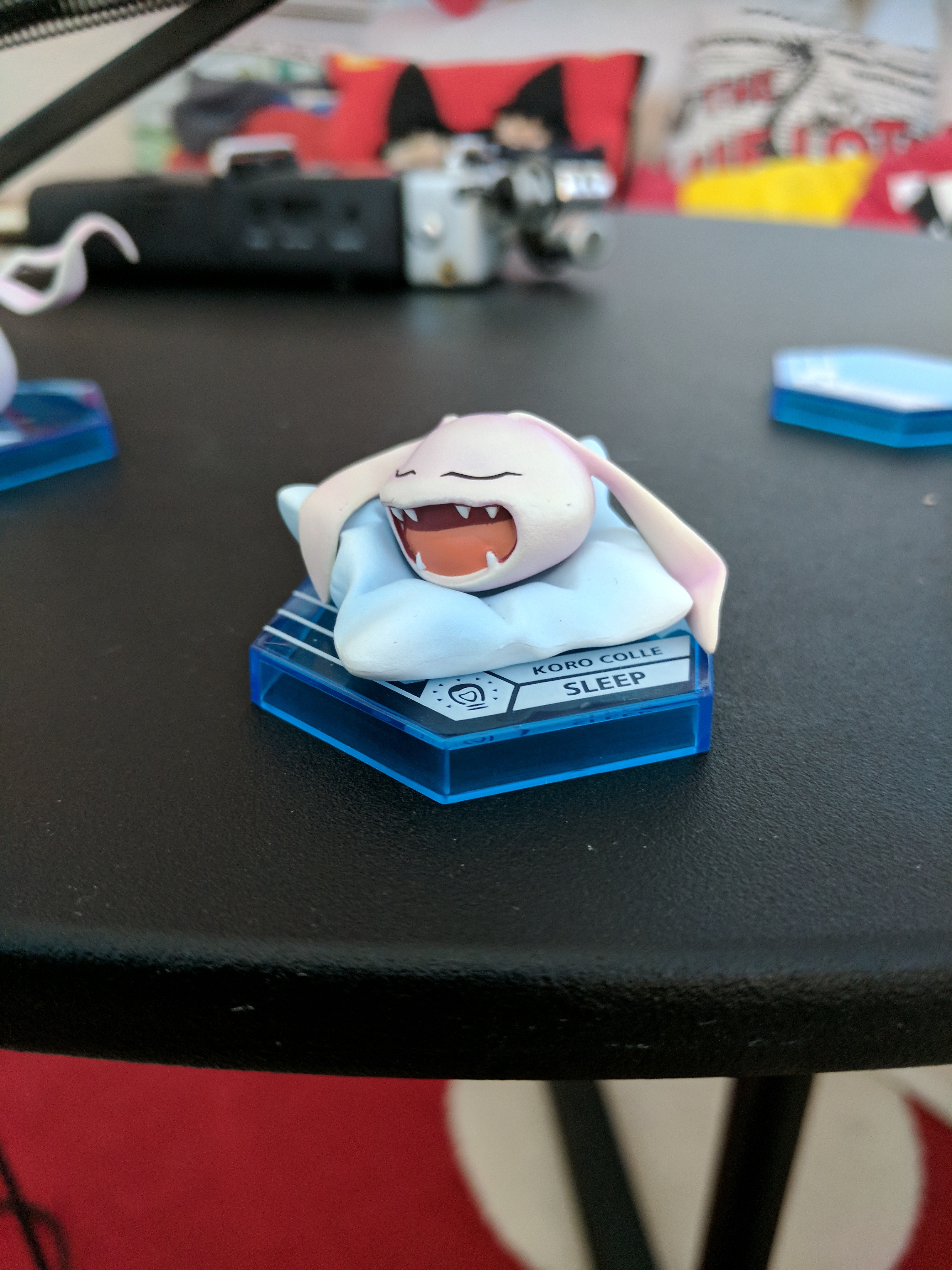 I’m thankful that the Hikari and Koromon don’t have any ‘tabs’ and ‘slots’ to connect as I’m awful with getting those to fit, in fact, part of my Greymon and Taichi figure broke because the tab got stuck in the slot. Instead, Koromon just slides into Hikari’s arms pretty easily as Koromon’s body is molded to allow this.
This is the same case with the ‘SLEEP’ Koromon figure; the pillow and Koromon are both molded to fit.
All in all, this figure set makes me want to rewatch the Digimon Movie and/or Episode 21 of Digimon Adventure.
I also bought the DigiFes 2017 Koromon and Tokomon figures because I need more of Tokomon’s teeth in my life. I also totally dig the art on the base.
I can make Tokomon look like he’s fighting the ‘FIGHT’ Koromon. 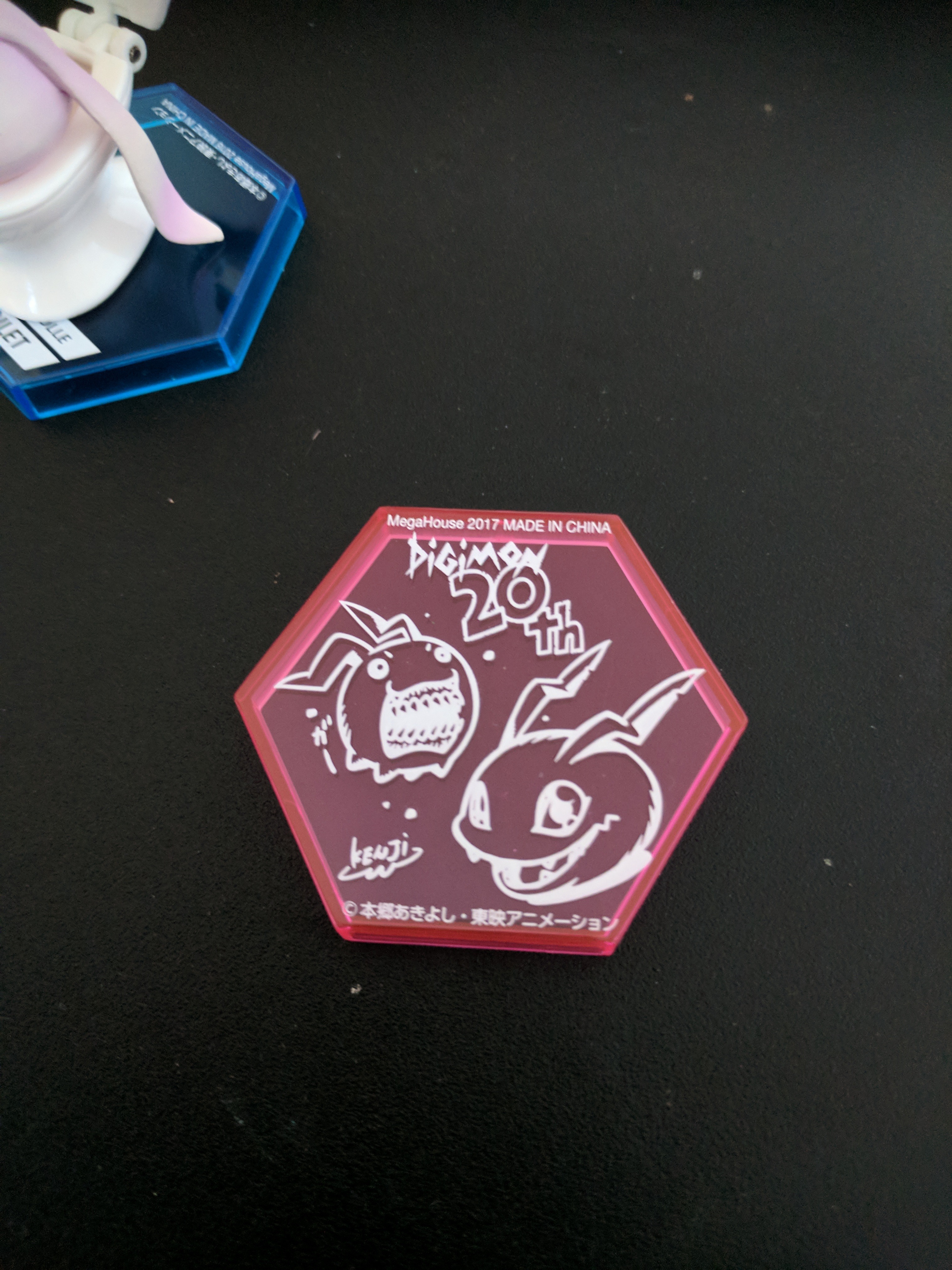 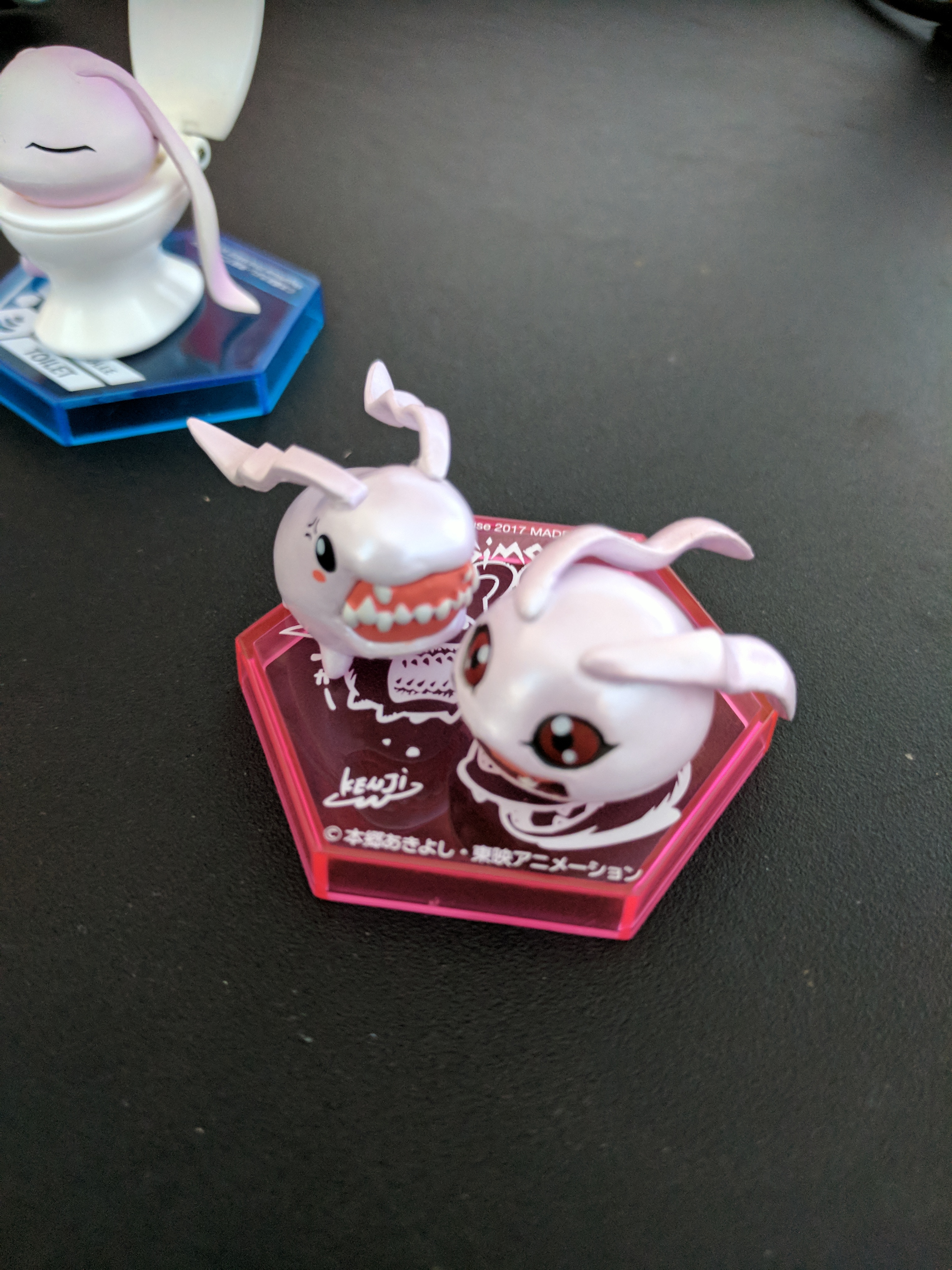 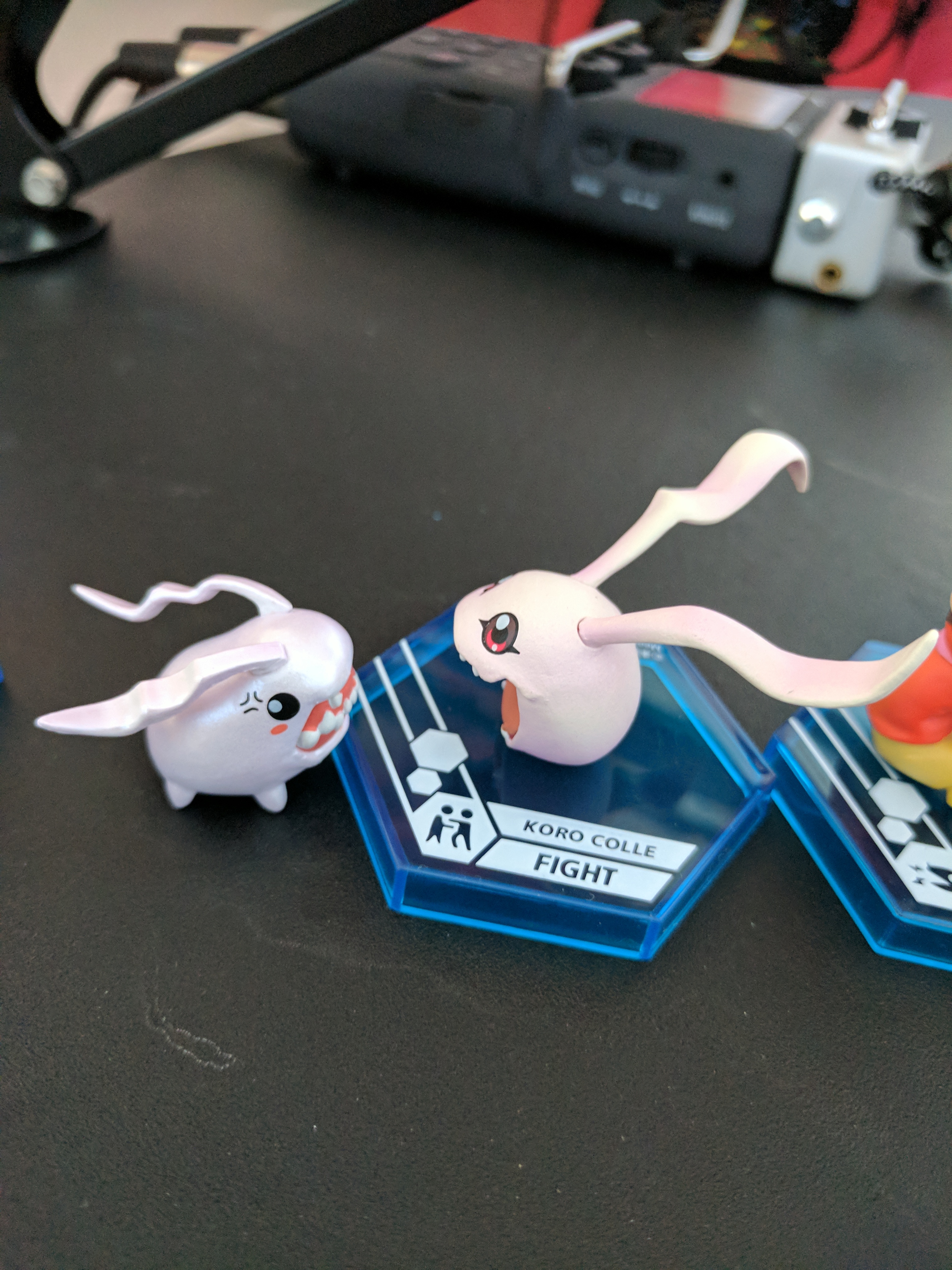