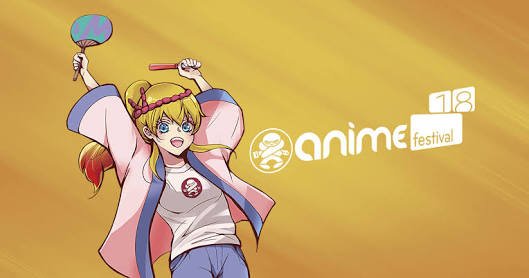 September 18, 2018September 1, 2022Leave a comment
MadFest 2018 was held in the conveniently located Melbourne Convention Center on the 15th-16th of September this year. Once again, the convention was a perfect temperature inside despite Melbourne’s variable Spring weather.

END_OF_DOCUMENT_TOKEN_TO_BE_REPLACED

May will be going to MadMan Anime Festival in two weeks with a media pass!
May will be cosplaying Ruki on one day and Futaba from Persona 5 on another day.
Will May work up the courage to poll people on if they watch the sub vs dub? Find out in two weeks I guess.

We’re going to be sending out Jay’s notes and the recording to respective backers on Patreon soon!
While you wait, why not watch May’s (very shaky) quick tour of MadFest which was the convention we went to last weekend? You can find the video here!
We’ll be uploading a blog post and photos about the convention within the next few days too! So keep your eyes peeled for that!

What content should we cover when we’re at MadFest in two weeks?
Some of the events can be found on their website!