While there’s no true chronological order of Digimon, I often have been asked and I often see people ask how they can get into the series, or what order to watch the Digimon anime in.

I have a list that I put together for the podcast in the past and I’ve posted as an answer to a question on reddit a while ago, but, with the release of Kizuna and the upcoming new Adventure series getting a release, I thought it was time to update the guide on my suggested chronological order of the Digimon series and post it here with a little more detail.

In July 2020, I also recorded a podcast version of this post, check it out here!

We meet Nanomon in the Pyramid and May regrets giving voices to Digimon.

Thanks again to Onkei for providing such a fantastic translation!

I’ve mentioned the DigiHatches that are currently running, but a really great side event for these DigiHatches are the tournaments, but how do these battles take place with so many participants across the world? With a little help from Digimon 0NL1NE, all this is possible – what’s better is that this only costs around 30AUD!

Thanks to the likes of bludragon1220, BladeSabre, humulos, and countless others, the idea of being able to fight in online tournaments with our Digimon is no longer just a fantasy, but something you can easily do!

END_OF_DOCUMENT_TOKEN_TO_BE_REPLACED

This will be similar to my predictions for Digimon Adventure Kizuna that I wrote last week, I’ll be writing up five things that I’d like to see in the new series. Since we don’t know much, these can’t remember be predictions, per say, just things I want to see!

END_OF_DOCUMENT_TOKEN_TO_BE_REPLACED 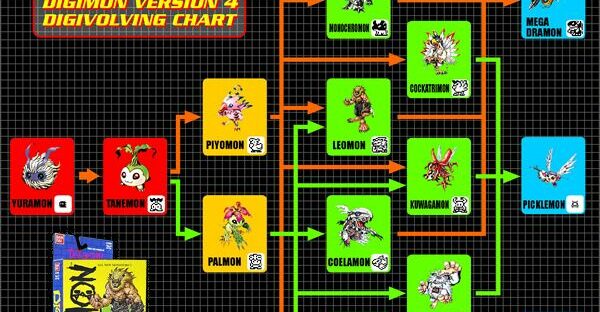 I wanted to post predictions for the new Digimon Adventure TV series in a similar style to the Kizuna that I posted last week, but after, playing some Digimon ReArise over the weekend,I wanted to write about my favourite Digimon evolutions that do not make sense.

Obviously I won’t include any low hanging fruit like Tailmon to Angewomon and Patamon to Angemon, I’ll be trying to pull up some lesser known weird ones.

Digimon Evolutions That Do Not Make Sense

While a lot of evolutions do follow a theme such as element or family/tribe, there are a few Digimon that have questionable evolutions and evolution paths, so I’ve picked out five that are just a little weird.

Gomamon to Frigimon I can see (kind of), Frigimon to Monzaemon I can understand, Monzaemon to Mervamon is a bit of a jump – are they implying that Mervamon is inside the teddy bear costume? In general, looking at Gomamon and looking at Mervamon, you would not be able to see any collection, so while you can argue it makes a small amount of sense in terms of each small step, it’s still one of those Digimon evolutions that do not make sense for me.

However, Palmon evolving to Coelamon is pretty bizarre – a ground flower to a fish? Sure Digimon, that makes sense.

I love the Accels, it really gives us a few lesser known or underrated Digimon to raise. This evolution feels like a strange species jump in the same way Palmon – Coelamon felt. Bug to army dog?

It’s just a strange jump, but I’m glad to see love for Tentomon and Sealsdramon is pretty cool, so why not, I’m sure some logic can be argued for this evolution.

This is a weird evolution in the same way Palmon to Coelamon was a weird one; Candmon is fire and evolves into a Digimon that can swim rather well? I don’t understand.

Candlemon has a few great evolutions that make sense; Meramon is an obvious one, but evolving to Wizarmon from Candmon has always been one of my favourites. However, I just cannot see Candmon evolving to Submarimon when they only thing the two Digimon have in common are the fact that they are both white in colour.

What are the weirdest Digimon revolutions that do not make sense for you? Let me know!

The next movie is coming up surprisingly fast – just over a month! So I thought I’d write up a few hopes and Digimon Adventure Last Evolution Kizuna Predictions.

END_OF_DOCUMENT_TOKEN_TO_BE_REPLACED

Yesterday I made a post celebrating what an exciting decade it has been for the Digimon franchise, but it left me wondering what new Digimon releases that I’d like to see next decade…

2019 marks the end of a decade where the Digimon fandom was resurrected and rose from the ashes.

This was a fairly exciting time for the Digimon franchise this decade with new stories for the Adventure kids, as well as new virtual pets, two new anime seasons, escape rooms, English releases, and more!

So let’s look into this past decade and my own personal high points of the Digimon franchise this decade.